What are Hybrid & Dedicated Servers?
What to Expect When Your Post Goes Viral

The Future of Social Media 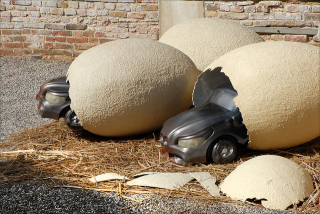 While we don’t know if anyone will celebrate the ten-year anniversary of social media, this year is as good as any to begin the festivities. Friendster, MySpace, and Facebook all started in the early 2000’s, and we’re all living in the world these sites created. Friendster taught us that a “friend” is just someone we met once on a plane. MySpace changed how we learned about new bands. And, Facebook changed how we see the world itself.

Even though Facebook has won the early skirmishes for social media dominance, the battlefield is still live, with new entrants stressing their ease of use, special features, and mobile integration in hopes to fend off the dominant players. While Facebook, Twitter, and LinkedIn are likely here to stay, there are other social media platforms that threaten to transform how we use social media.

Small businesses have already figured out how to thrive in the major social media platforms, but these services are new enough, or small enough, not to attract the same level of attention. Here are a few social media trends to watch for as you plan to expand your social media presence.

In recent years, all of the social media sites have drifted to photography as the key way for users to create and share content. While Pinterest allows you to share beautiful photographs of everything from architecture to fashion, Instagram makes your everyday photographs look amazing. The popularity of photo-sharing sites and apps shows that even online good photography matters. If your business can be photographed, it should, and the photographs should be eye-popping enough to attract the attention of photo-sharers around the world.

If photo sharing sites are the current hit among social media mavens, video isn’t far behind, with services like Vine attracting considerable interest from those who want to share the world around them in short video snippets. Although it’s not commonly thought of as a social media site, YouTube is a another good place to advertise your business, particularly if you can create compelling short videos that introduce what makes your business stand out from the others.

At the frontier of social media lies services that merge the sociality of Facebook, the local knowledge of Yelp, and the mobility of Twitter. These applications are a boon to small businesses, who can reach customers just when they need them. If you own a restaurant or store, and you’re having a slow day, you can run a flash special and bring in customers who are looking for things to do on their smart phones.

While FourSquare is the best known of social location services, this a fast growing area, with a number of services having launched in the past year. Many of these services, like  highlig.ht, Sonar, Banjo, and Roamz are new, so it may take a little time to see which player will dominate the field. But, for businesses who sell physical products in physical space, the SoLoMo apps will give them a new way to find and keep customers.

Even though Facebook, Twitter, and LinkedIn dominate social media, there’s still plenty of room for competition and innovation, as the recent success of Pinterest and Instagram has shown. By keeping up with the latest trends in social media, you’ll position yourself to succeed in new platforms that will allow you to reach customers in ways your competitors aren’t even aware of. Photo by Jean-Pierre Dalbéra Get 2x the RAM with any of our Cloud or Hybrid plans for a limited time! Check out all our hosting plans here.