Thanks, Review Signal!
A Short Video About ASO

Slashdotted With A VPS: One Ninja ' s Story 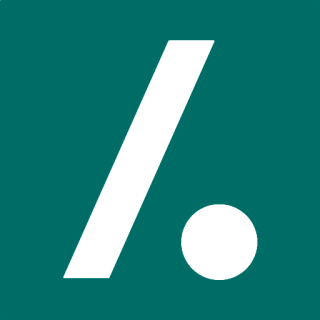 Curious about how powerful our Cloud VPS plans are? Check out this true story from ASO Senior Tech Ninja Ryan Flowers:

It is generally the wish of any blogger that they be successful. Success can be measured in many ways, but generally any event that produces genuine traffic to your blog is a good one. However, if you get too successful, you could run the risk of your blog's host being unable to handle the traffic, and subsequently going offline.

I personally run a small technology blog where you can read my own experiences and meanderings in the technology world. I have had my blog featured a few times at Slashdot.org. Perhaps you've heard of the “Slashdot effect” or “being "Slashdotted". Many a site has been knocked offline due to the huge influx of traffic overwhelming their host.

When my blog was featured at Slashdot.org previously, it was hosted at Google’s blogger (*.blogspot.com) service, and I didn’t worry about or care about traffic. Now that I’m back in the business of web hosting as a Senior Tech Ninja here at A Small Orange, I decided to migrate the site to a domain name and WordPress, hosted on my ASO VPS of course.

From my previous experience, I can tell you that having a site featured at Slashdot is good for about 30,000 page views within a day or so, with another few thousand over the next few days and tapering off over many days. Since I’ve moved my site, the big question in my mind was “Can my site and VPS handle the load?” I tried to head it off at the pass by installing Nginx on my server a few days before I submitted my next blog post to Slashdot, hoping it would be featured. The first submit was lost in the noise (such things happen at 1am) but when I submitted it during peak hours, the blog post was picked up and featured on the front page!

The load on the server rose slightly, and then after an hour or so it ran out of memory and rebooted, mostly due to the fact that I was running Minecraft server (with a LOT of RAM allocated to it) at the same time. I could easily run it still if I reduced the amount of memory it used, but that was a low priority. One of my cohorts with experience in server optimization (our very own Matt Harris) suggested installing W3 Total Cache plugin for WordPress, so I did. The load on the server stayed around .03 to .05. It’s served about 1000 page view per hour without so much as breaking a sweat.

There are many tricks we can use to increase the load capacity even further, making it possible to handle an onslaught of traffic of larger magnitude. Why am I writing about this? It's simple: The VPS offerings at A Small Orange work. They can handle a lot of traffic and load, more than some of us probably realize. It was awesome to see it first hand, so I thought I’d share my experience, not just as an ASO employee, but as a satisfied customer.