Most business owners today would agree that a strong social media presence is an integral part of their overall marketing strategy. Having a page on Facebook or an account on Twitter certainly has a host of benefits; however, being active on lesser known, but quickly growing social networks can have its own unique set of advantages as well:   Building a reputation on a platform before most people even know of its name could position your company as intelligent, innovative, and in-the-know. Choosing a platform where your customers are starting to make their home will demonstrate that you’re a part of a specific community, and that you know your community well. Lastly, by having a strong voice early in the social media platform’s development, you may help direct what the site will ultimately become and whom it will attract.

Here are three social media sites that are on the rise and what they could mean for your small business. 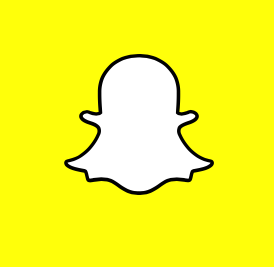 While Snapchat isn’t anything new (it’s been around for about four years), it’s climbing the ranks in popularity at top speed. With 100 million daily users, Snapchat has grown from a college course’s final project in 2011 to a $10-$20 billion company in 2015. It’s available on iOS and Android.

How It Works: Snapchat allows its users to send photos, videos, and drawings to other users as “snaps.” Snaps can only be viewed for a set amount of time, ranging from 1-10 seconds, before they self-destruct. The app includes features like “My Stories,” where users can post montages of their day viewable by other users for up to 24 hours, as well as lenses and filters to modify images and videos. Snapchat also includes messaging and video chat services, as well as “Snapcash,” which lets users send money to other users.

Who’s On It: Snapchat is popular with high school and college students, with its main demographic between the ages of 18 and 24. More women use the app than men. Its users are described as being motivated to stay in touch with family and friends as well as discover new and entertaining content. Snapchat users in particular are also known to be major online consumers motivated by discounts, coupons and deals.

How You Could Use It: It’s been estimated that only 1 percent of businesses use Snapchat as part of their marketing campaign, which means that if high school and college students are your target market, this app is a huge untapped resource. You could use Snapchat to offer a sneak preview of a new product or service, alert customers of a sale, provide live coverage of a special event, send a mini vlog, or offer a behind-the-scenes look at your business.

Ranked as one of the 10 Happiest Places on the Internet by Huffington Post, We Heart It began as a side project in 2008 and has only recently begun to take on significant growth. We Heart It is a photo-sharing website and app available for iOS and Android. It currently has about 30 million users and 60 billion images.

How It Works: Similar to Pinterest, but with more of a commercial magazine feel, We Heart It allows users to create collections of images, videos and GIFs; however, one of the biggest differences between these two platforms is that while Pinterest is predominately used to inspire ideas or organize information, We Heart It tends to be more as a method of self-expression. While apps are typically recognized for their number of features, or the unique-ness of their features, this one is praised for its simplicity and for its lack of a particular feature: the ability for users to comment. This is said to create a positive environment and “safe space” for its users.

Who’s On It: While Pinterest primarily targets an audience with an age range of mid 20s to mid 30s, We Heart It mostly appeals to teenagers, with around 70 percent of them being female. The average user age for We Heart It is 18 or 19.

How You Could Use It: Using the app for marketing purposes is not unheard of. Companies like Alex and Ani, Starbucks, Victoria’s Secret, Macy’s, and Refinery 29 have already taken advantage of We Heart It’s business accounts. We Heart It can be used to share your new products or showcase your brand.

Created in 2006 and bought by LinkedIn in 2012, Slideshare originally began as a method for professionals to easily share PowerPoint presentations with one another, but has since grown into an education and e-learning tool used by The White House, NASA and IBM. Slideshare currently has 38 million registered users and around 60 million unique visitors each month. It can be accessed on a computer, tablet or smartphone.

How It Works: Slideshare allows users to post PowerPoints, Keynotes, PDFs, documents, videos and webinars to be shared either with a private group of users or with the public. Users can then rate, share, and comment on the content. It includes a feature called Zipcast, which is a web conferencing tool that allows users to present their material or discuss someone else’s in a designated “meeting room.” Those attending the presentation are able to communicate as well.

Who’s On It: Unlike almost every other social media platform, Slideshare’s demographic is predominately made up of business owners and other professionals.

How You Could Use It: Slideshare receives more business traffic than any other social media site. It’s considered to be a huge, but largely untapped, content marketing tool. Businesses can use Slideshare to create presentations in an effort to spread awareness, build a brand, generate leads, and bring new visitors to their site. Studies have shown that, like with all other social media sites, images dominate over words. Infographics as well as material containing a lot of visuals tend to be the highest-rated content on Slideshare.

This is only a preview. Your comment has not yet been posted.

The letters and numbers you entered did not match the image. Please try again.

As a final step before posting your comment, enter the letters and numbers you see in the image below. This prevents automated programs from posting comments.

Having trouble reading this image? View an alternate.

(Name and email address are required. Email address will not be displayed with the comment.)