The Craziest Olympic Moments Of All Time

Preparing for the Olympics is a full-time job. Athletes train round-the-clock for the chance to represent their country, compete with superstars from over 200 nations, and take home the bronze, silver or gold. It’s a chance that only comes around, for each category, once every eight years, so it’s no wonder that from time to time, things get a little weird. In honor of the 2016 games in Rio, here are some Olympic moments that topped the charts, and not in the traditional way.

Inspired by the Olympic Games in Ancient Greece, the 1896 Olympics in Athens was the first of the modern series that we’re all familiar with today. Over 200 athletes representing 14 nations competed in sports like weight lifting, fencing, shooting and gymnastics.  But being the first of its kind isn’t what made 1896 Olympics so crazy: The 1200-meter swim was held in the Bay of Zea. With 55 degree temperatures and 12-foot waves, the gold medalist, fifteen-year-old Alfred Hajos from Hungry, had said that he was more concerned about surviving the waters than he was on winning the race.

When it comes to competitive rowing, every second matters. So during the 1928 Olympics at Amsterdam, when Australian Henry Pearce paused in the middle of the Single Sculls so that a family of ducks could swim by, it was pretty crazy. Even after taking his little break, he still brought back the gold! 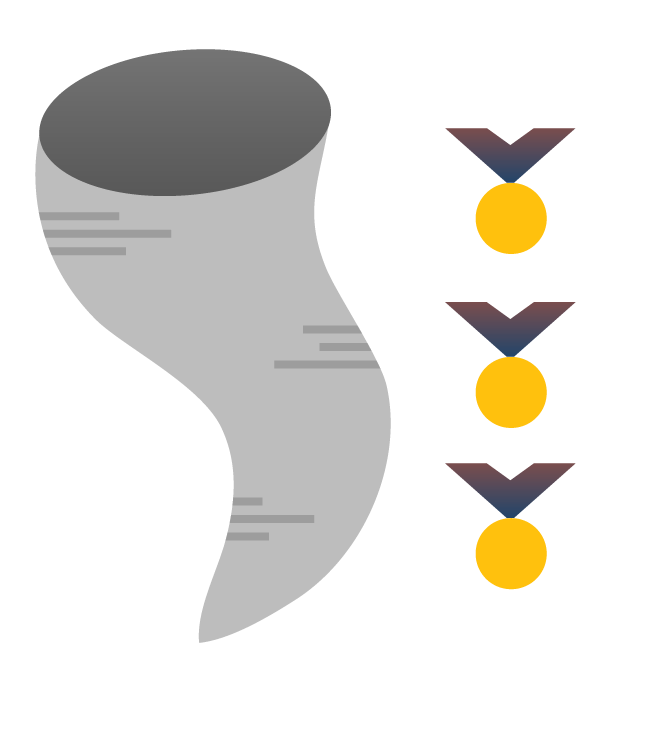 In the 1960 Rome games, Wilma Rudoph, nicknamed “The Tornado: The Fastest Woman on Earth” became the first American woman to win three gold medals, despite having polio as a child. She changed the way female athletes were viewed, the way African-American athletes were viewed, and she proved that any challenge could be overcome.

The 1960 Rome games also birthed what’s often referred to as the first doping scandal. While the death of Danish cyclist Knud Enemark Jensen was initially blamed on heatstroke, it was revealed years later by one of the doctors who performed the autopsy that several drugs were found in his system, including amphetamine. This discovery would lead to drug testing at subsequent Olympic games.

Okay, so it seems the 1960 Rome games were just straight up cray-cray. It was

an opportunity for people to see these events on television for the first time. With satellites still being a few years in the future, CBS paid today’s equivalent of nearly 4 million dollars for the exclusive rights in the United States to tape and edit the games. This generated a whole new interest in the Olympics for everyday Americans while also altering commercialism forever. Hello, sponsorships!

Gymnastics ranks as one of the most highly viewed summer Olympic events, so when seventeen-year-old Soviet Olga Korbut performed an unprecedented move on the uneven bars at the 1972 Olympics in Germany, you can bet she received quite a bit of attention. A cringe-worthy backwards summersault from standing position off the high bar, the risk associated with  “The Korbut Flip” has banned the move from future Olympic games.

Whether it’s for the fame, the sense of accomplishment, or a reason all their own, every Olympic athlete will tell you just how badly they want the medal, so in the 1988 Olympics in Seoul, when Canadian Sailor Lawrence Lemieux sacrificed the silver to rescue his capsized and injured competitors, people were more than a little surprised by his heroic actions. The International Yacht Racing Union reinstated his second place ranking and he received the prestigious Pierre de Coubertain medal of sportsmanship.